Turrón is a Spanish nougat and comes in various forms. The two classics are turron de Alicante, which has whole nuts in a kind of honey candy. It’s hard and brittle and while tasty, I always worried I was about to break a tooth on it. The other main kind […] 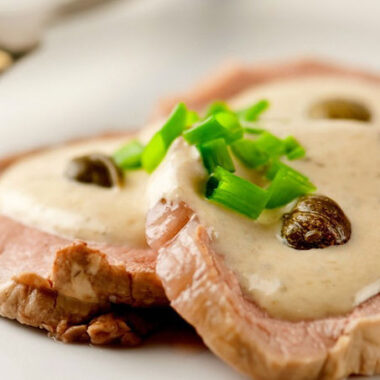 Vitel toné, also called ternera atunada, is a Christmas classic recipe that is originally from Italy where it’s called vitello tonnato. It is composed of slices of veal that are served with a creamy anchovy and tuna-based creamy sauce. Vitello tonnato started to appear in cookbooks in the northern region […]